HMO Patients please call the office to schedule an appointment, an authorization may be required prior to scheduling.


Dr. Ruslana Kadze provides comprehensive gynecological services for women of all ages. Our services include: 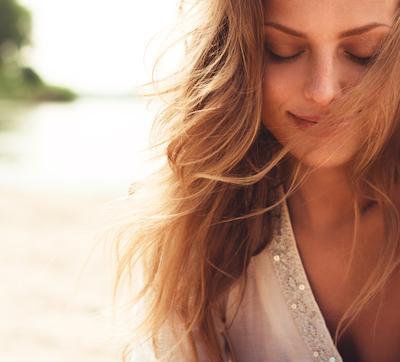 We provide both cervical and breast cancer screenings in our office.

Cervical cancer screenings are conducted by a Pap Smear. A Pap Smear is a swab of cells taken from the cervix during a routine pelvic exam. Pap smears test for abnormal cells caused by cancer or the Human Papilloma Virus (HPV). HPV causes cells to metabolize differently, which can eventually cause cancer. All women over the age of 30 will be tested for HPV. A Pap smear should be performed once a year for healthy, sexually active women.

Breast Cancer screenings are done by the use of a mammogram. A mammogram is an x-ray that can detect changes in the breast tissue that may suggest cancer or be pre-cancerous. A mammogram should be performed once a year for any woman over the age of 40.

Endometriosis happens when the lining of the uterine cavity (endometrial tissue) becomes implanted outside the uterus. Like the lining of the uterus, the endometrial tissue also responds to the hormonal changes associated with menstruation and begins to shed. This causes internal bleeding which can result in scarring. The end result can be pelvic pain and eventually infertility.

Endometriosis is treated with hormone therapy or surgery, depending on the patient and the severity of the problem.

Fibroids are growths found on the uterus. These growths are benign and only require treatment if they are causing pain, growing so fast or so large that they press on other organs, such as the bladder, are causing bleeding, or are affecting fertility. The most common treatment for fibroids is surgical removal of the tissue.

Laparoscopy, which is performed under general anestheia, is done by making a small cut through the navel. A thin needle is then inserted into the abdomen and used to insert gas. A trocar and telescope are inserted through the hole. The Trocar holds the surgical instruments and a camera attached to the telescope allows the doctor to view the surgery on a screen.

The patient will probably be tired and dizzy from the anesthesia and if she is released the same day, she will not be allowed to drive. Complications, though mild and rare, can occur. Fever, redness and inflammation at the incision sites and leakage of fluid from the cut have been reported.

A procedure called Endometrial Ablation can also be done at the same time as the hysteroscopy in order to treat heavy bleeding. This is an excellent alternative to a hysterectomy for heavy periods.

Contraception in the form of the pill, the vaginal ring. IUD, or tubal ligation are all available. For more information or to make an appointment, contact us.